In less than a month since we published our letter requesting clarification to the constitutionality of our Public Health Orders in Ontario, active duty officers in Nova Scotia have penned their own.

Similar to our letter, they express many concerns with their local Public Health Orders and are requesting the same clarifications. Have a read.
It does not matter where you are in Canada, the Charter of Rights and Freedoms must be upheld by all law enforcement. If you agree, #RememberYourOath and join our cause.

We are a group of actively serving police officers stationed throughout Nova Scotia. We are writing this letter in order to respectfully voice our concerns with what is being expected of us during this continued state of emergency in the province.

As police trainees, we are taught that the Charter of Rights and Freedoms is the ultimate law of our country. The Charter’s importance is emphasized at every step of our training including the consequences if the courts find our actions unreasonably violate someone’s rights as guaranteed under this act.

We are concerned that the provincial government’s continuous extensions of the state of emergency have led to unjustified violations of the very Charter rights that are supposed to protect the citizens of this nation. Regular review of the data available on the Nova Scotia Coronavirus website indicates that there has not been a new death since the arrival of the second wave. In fact, there have been very few hospitalizations during this second wave with the majority of resolved cases occurring outside a healthcare setting.

In the middle of December of this past year, a video was making rounds of Dr. Bonnie Henry, Chief Public Health Officer of British Columbia, responding to questions about lockdowns and restrictions of gatherings. While explaining the measures she states that “none of these are based on scientific evidence”. It is reasonable for the public to expect that when our political leaders are enacting legislation which restricts Canadian Charter rights over matters of Public Health, that science should be the driving force behind the decision making. It is not reasonable, in our opinion, to make the assumption that Nova Scotia has any different information upon which to make these same decisions than anywhere else in the country. We recognize the first section of the Charter allows limitations of certain rights provided they can be shown to be reasonable. Based on this evidence, it is hard to argue that these restrictions have been reasonable.

The increased calls for service we face related to mental health, substance abuse, and with that family violence, due to the lockdowns, speak for themselves. We believe that the measures being used to attempt to keep this virus in control are having irreparable and more devastating consequences than anyone thought possible in the front end lending more credibility to the concept that they are no longer reasonable given the case numbers in this province.

Police in Nova Scotia have been under a great deal of scrutiny this year, particularly the Royal Canadian Mounted Police, and in these times where public opinion of the police can be swayed with one bad news story, we are concerned that the trust of the public in its police is going to erode further with the heavy-handed enforcement of the Public Health Acts in force now. Videos of youth being arrested playing hockey at outdoor rinks and desperate restaurant owners opening their businesses, only to be arrested and face a police blockade at the front door are very damaging to the relations between police and Canadians.

We are saddened when we see some of our brothers and sisters in law enforcement engage in this draconian-like behaviour. We also believe that it is not the government’s decision to decide which businesses are essential and which are not. For the owner of a business who has invested their life savings in its growth, or the employee relying on their paycheck to pay their mortgage and feed their family, the business is essential. Of the few restaurants believed to have been involved with an increase in cases, the public is never kept up to the date on the outcomes of the contact tracing to understand the severity or lack thereof, these businesses have in the spread of the Coronavirus, yet we hear they are to shut down with no follow-up.

We wish to inform you that our desire to be the heavy muscle for the government’s continuing nonchalant violations of the Charter rights of Canadians has reached a point where we find it difficult to justify participating in the continued enforcement of these very damaging measures. We each took an oath to protect the citizens of this country from harm and protect their rights as guaranteed under the Canadian Charter of Rights and Freedoms.

Our politicians appear to be acting with a sense of impunity and without scrutiny throughout this pandemic and we feel a formal review of the decisions made thus far based on available evidence is overdue. We are also very confident there are many citizens that would welcome this action. It is not an unreasonable request to expect the same level of transparency from our government as what is demanded of the law enforcement community, particularly when it is law enforcement that is expected to enforce these never-before-seen measures.

We are asking that the extreme lockdown measures that harm our workforce, isolate our families and strain our economy be reconsidered and a resolution found that is more in line with the most recent scientific data. Furthermore, we request that these decisions be articulated by our lawmakers, and that those decisions be made in a manner transparent to the people they affect.

Sincerely and most humbly,

The concerned members of the Nova Scotia Law Enforcement Community 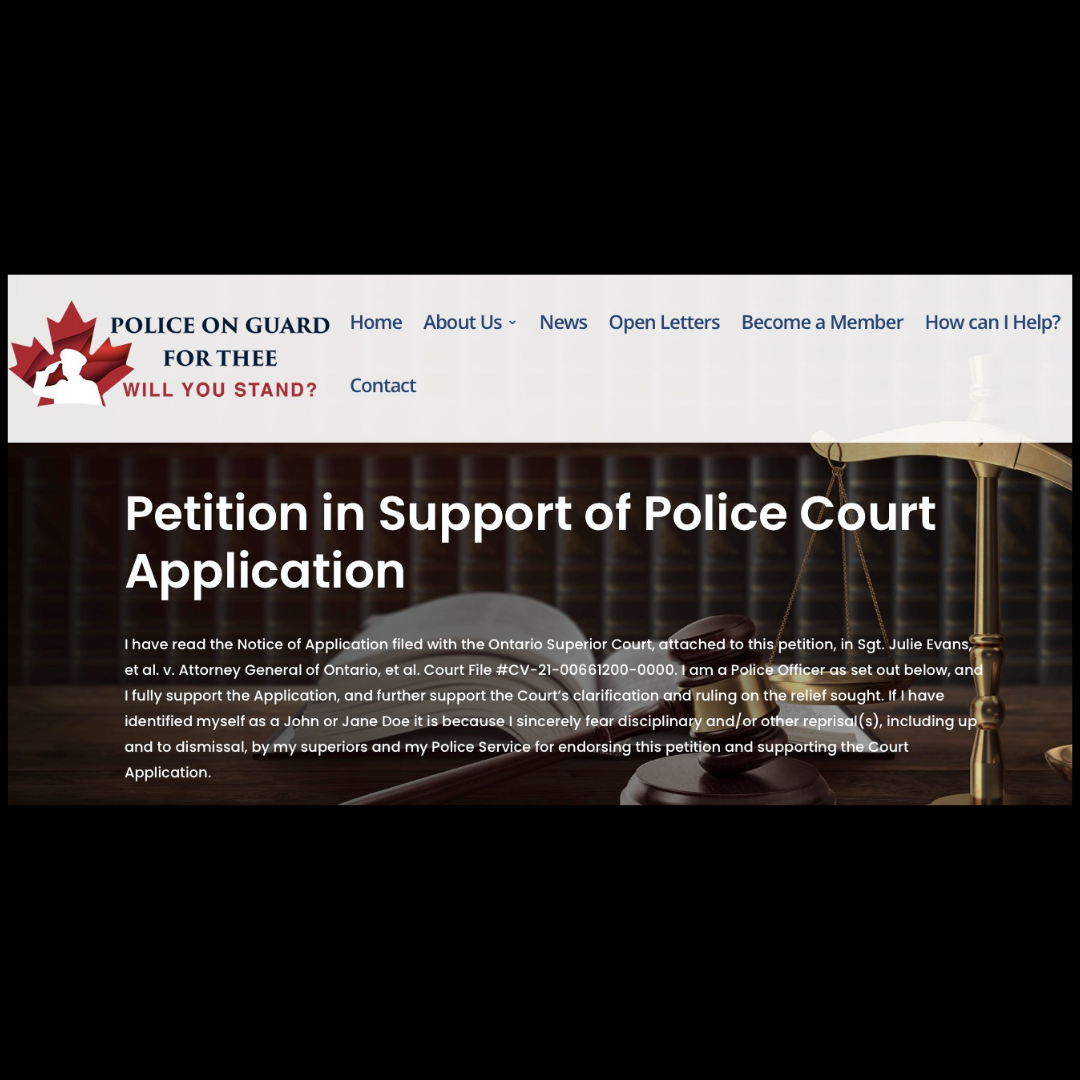 Calling all active and retired Canadian Police Officers! Do you follow Police on Guard and want to show your support? Please sign our petition in support of our court case with Rocco Galati. 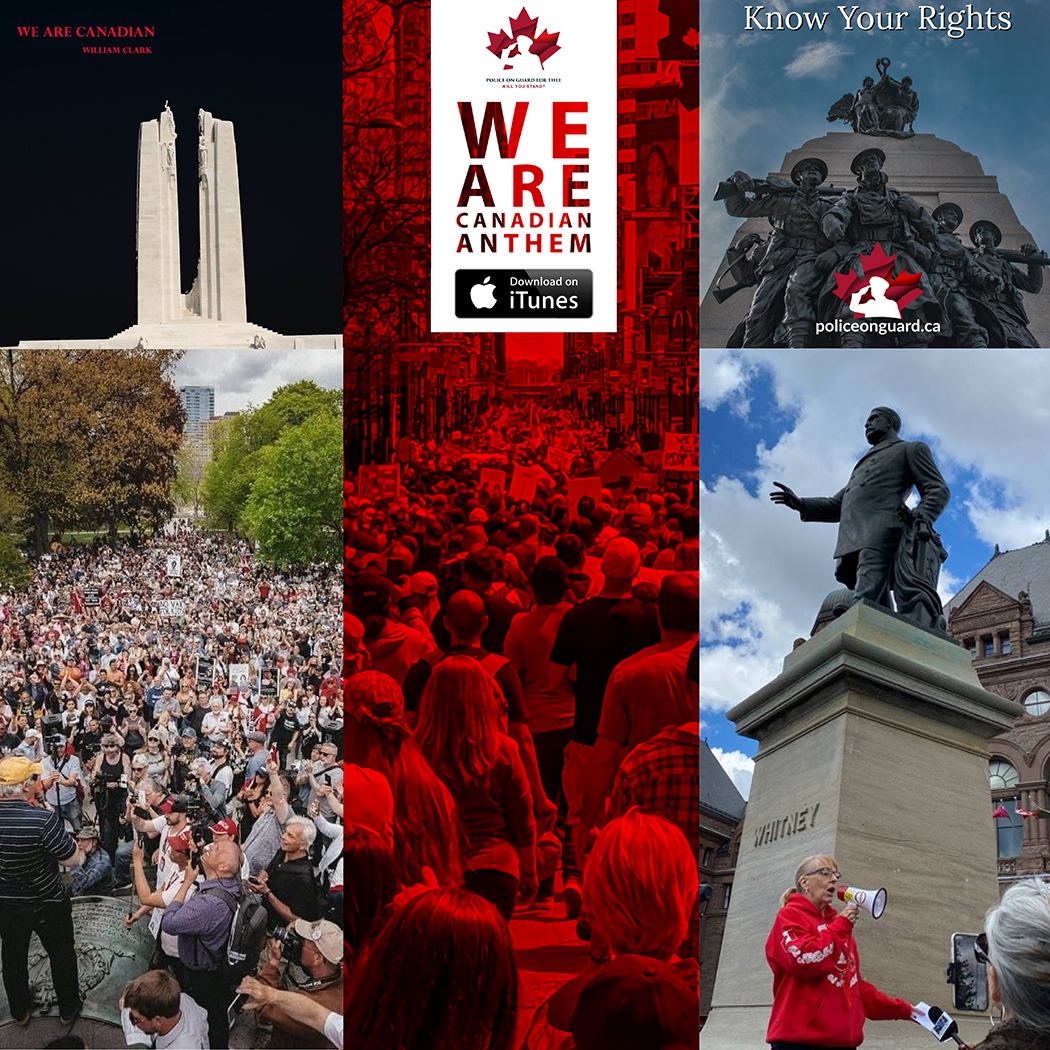 Police on Guard Anthem – We are Canadian

Listen to our anthem! A very talented member of our group, William Clark retired Chief of the Winnipeg Fire and Paramedic Service, wrote and produced this amazing song called “We are Canadian”.
You can purchase it on iTunes to support the artist and help support our cause.
Watch for the video coming soon !! 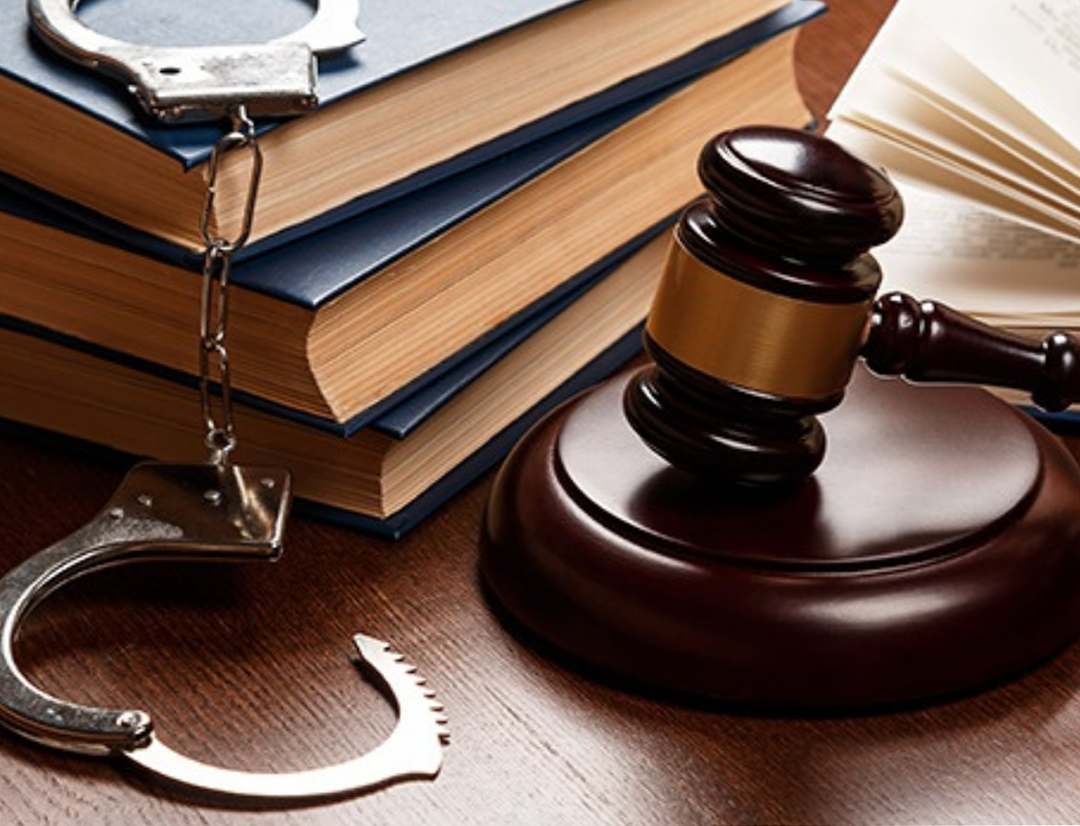 Please read the Statement of Claim filed by Constitutional Lawyer, Rocco Galati. Many of the applicants are members of Police on Guard. 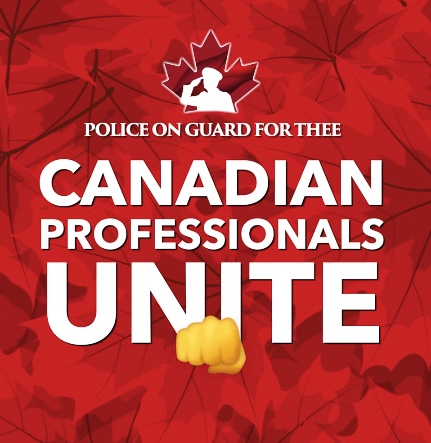 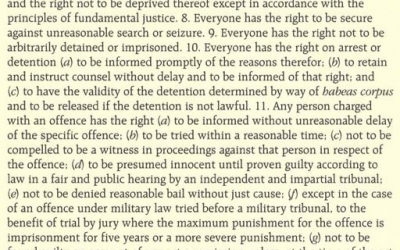 We will be dedicating our social media posts on Thursdays to reminding Canadians of their rights and the current laws and legislations in place in Canada. Make sure to save and share these posts so you can refer to them when exercising your rights in public.

Police are being asked to balance the Reopening Ontario Act, the Human Rights Code, and the Charter of Rights and Freedoms that we have sworn to uphold, this includes Section 7 of the Charter – Life, liberty and security of the person. Section 7 states:
“Everyone has the right to life, liberty and security of the person and the right not to be deprived thereof except in accordance with the principles of fundamental justice”.

END_OF_DOCUMENT_TOKEN_TO_BE_REPLACED 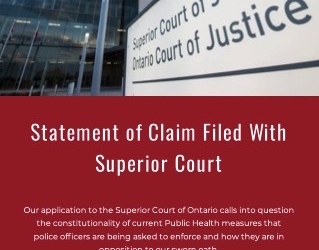 You can now sign up for our Newsletter! Get updates on our court case and any other pressing POG news all in one place via e-mail.

END_OF_DOCUMENT_TOKEN_TO_BE_REPLACED 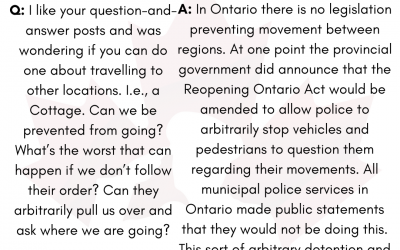 Knowledge is power. Ask us any questions through our website at policeonguard.ca/contact and we’ll try our best to answer them. #QuestionTuesday